Comments Off on April Newsletter: DC Fundraiser a Success! 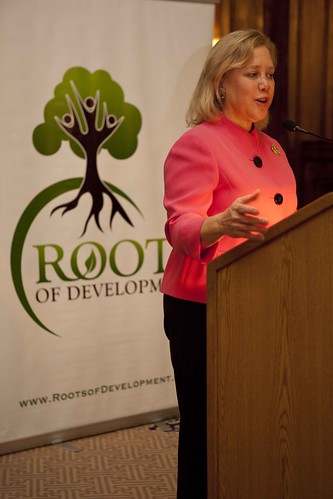 Roots of Development hosted its Third Annual DC Fundraiser, Deepening Our Roots, in early March. The event celebrated the organization’s most recent accomplishments and honored those who support our mission, including Senator Mary Landrieu who received the 2011 Max Pulgar-Vidal award. The award honored her commitment to Haiti since the devastating earthquake of 2010.

Senator Landrieu became very involved with Haiti after the earthquake in January, 2010, and has continued with her legislative efforts, citing the deep connection between Haiti and Louisiana. “I feel so attached to Haiti because it reminds me of home; the language sounds so familiar; the music sounds familiar; the food is very familiar.” Senator Landrieu has dedicated her time to help push through legislation that focuses on increasing aid to Haiti, such as the Haiti Assistance Income Tax Incentive Act and a bill that allows an expedited process for adopted Haitian orphans to become permanent U.S. citizens under the Help HAITI Act of 2010.

Earlier this year, Senator Landrieu emphasized the need to focus on all of Haiti, not just Port-au-Prince, where overcrowding and unemployment complicate development efforts.  Most Haitians lack access to the large sums of funding committed to Haiti after January, 2010.  In her acceptance speech, Senator Landrieu highlighted the importance of “the strength of people…believing that they can do it themselves and just giving them the resources that they need to make their dreams come true.”  On the island of La Gonave, Roots has seen the positive results of providing those resources. 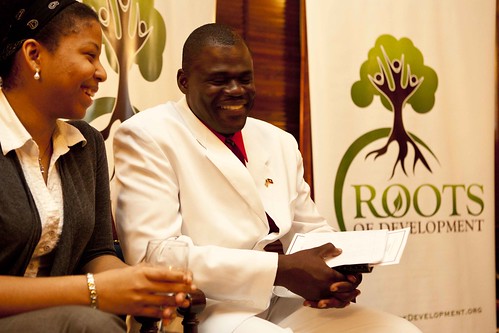 ADPAG President Stevenson Justin flew in from Haiti, representing a community and testifying to their successes. Stevenson reinforced the importance of including community members in the developmental process while expressing his gratitude for the commitment shown by donors: “I wanted to thank you all; a thank you that comes from the bottom of our hearts for the sacrifices that you have made today to help us with everything that we can realize in La Gonave.”

The Deepening Our Roots Fundraiser was a success and will help fund future projects on La Gonave. As Chad stated, the evening was “about dreams and about a process that helps communities achieve their dreams in the face of adversity.” Thanks to everyone who contributed. Roots of Development will continue to provide resources for the people of Gran Sous and seeks to expand its initiatives to neighboring communities. With the combined help of our volunteers and donors, Gran Sous was able to plant the seed and now we must all help it grow.