Haiti and the State of the World’s Midwifery Report 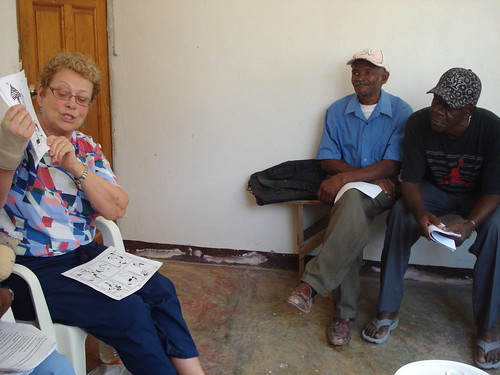 Yesterday, the United Nations Population Fund (UNFPA) launched The State of World’s Midwifery Report in Durban, South Africa. The report states that globally, 350,000 midwives are needed to achieve Millennium Development Goal 5. Every year those midwives could help prevent the deaths of 358,000 pregnant women and approximately 2 million newborns that die within the first 24 hours of life.  Haiti is included among the country profiles (found here) with detailed information regarding the country’s progress on the 5th Millennium Development Goal.

The country profile for Haiti also makes it clear that rural women and infants are in a much more precarious situation than their urban counterparts. 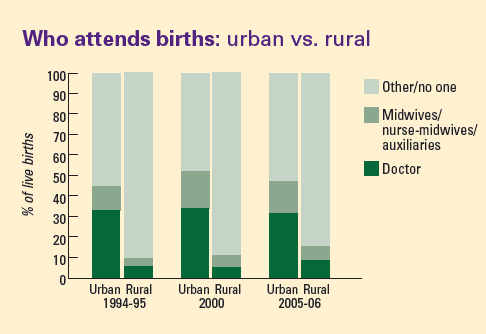 The chart on the right shows how few rural Haitian women, like the women of Gran Sous, birth children under the supervision of a trained attendant. The study estimates that increased health coverage for pregnant women has made an impact on thousands of women already, yet Haiti ranks third from last, below Sudan in the number of midwives per 1,000 births per year. In Part 2 of the study, the UNFPA makes a troubling assessment that nine countries, including Haiti, “need to increase their midwifery workforce by 6 to 15 times.” Of the 350,000 additional midwives needed globally, Haiti needs 1,316 to achieve 95% skilled attendance at all births. Roots of Development continues to work with our rural partners on the island of La Gonave to increase coverage in their communities.

After the midwives met for workshops in March with our two U.S.-based volunteers (photo above), they decided to form a midwifery association between at least eight different communities surrounding Gran Sous. The group’s current objective is to coordinate the area’s local health actors to improve pregnant women’s access to healthcare. The local dispensary, local health agents, midwives, and local healers need to coordinate their efforts to provide prenatal check-ups, nutrient-rich food to pregnant women, sterile birthing kits for midwives, registering births, and postpartum check-ups to ensure mothers and their infants receive the best care possible. Volunteer, Lynn Stanley-Haney continues to put together birthing kits for the community’s midwives and has made a five year commitment to providing Gran Sous with these kits (Read Lynn’s post-trip report here). The important efforts of our volunteers and the communities themselves will help on a local level to push Haiti toward achieving the 5th Millennium Development Goal, but to reach that goal by 2015, a strong national program must be led by the Haitian government.