Comments Off on February Newsletter: An Update From Nan Plim 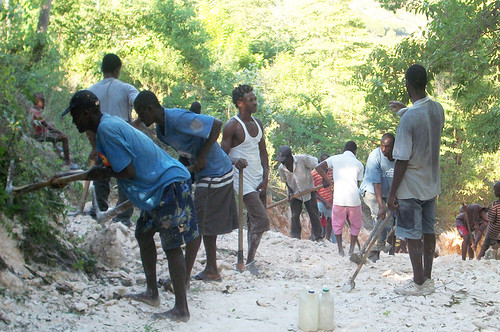 Approximately one year ago we received word that we were awarded a matching grant from One Day’s Wages to benefit the community of Nan Plim.  You, our supporters, helped us match One Day’s Wages’ commitment by August of last year, ensuring that work would begin before the year’s end.  Our plans were made stronger by the addition of a new team member.

In November, 2011, Yee Chen, an environmental engineer who previously worked in New Zealand and the Dominican Republic, travelled to La Gonave to work with Roots and APDAG in a capacity similar to that of a Peace Corps volunteer.  Having already spent a number of years in the Dominican Republic as a Peace Corps volunteer, we were confident that Yee could handle life in Gran Sous and aid APDAG’s engineer with engineering aspects.

With Yee present to support APDAG, the association discussed a timeline with the committee based in Nan Plim.  By early December crews of volunteers were out chipping away at local roads to expand and improve truck access to the construction site.  By the end of December the area was accessible by truck, the spring had been dug out, and the water reservoir was marked out for further preparation.

APDAG and Nan Plim wasted no time in the New Year, withdrawing funds to purchase materials within the first week of 2012.  Meetings continued weekly as the committee organized local volunteers, food preparation for volunteers, and general coordination with APDAG. 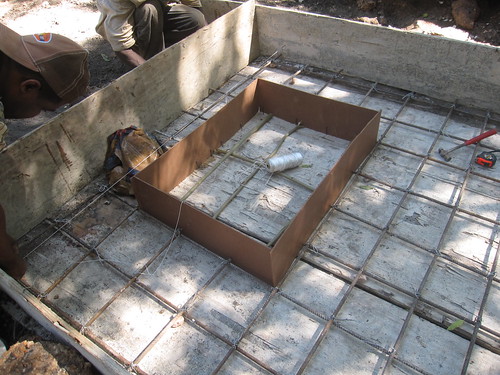 By mid-January the site had been radically transformed from its original state.  The spring had been captured with a concrete-lined structure, volunteers had dug out a trench over five feet deep for piping, and work had begun on the water reservoir.

It would be misleading to say that the work until this point has been without stress or complications.  The number of community volunteers has fluctuated from time to time and the women making the food for volunteers had a dispute over payment from the committee in Nan Plim.  A two-week delay occurred in late January because the committee in Nan Plim had not purchased construction materials in preparation for the next phase, frustrating APDAG.

For Roots and APDAG, none of these issues are incredibly overwhelming or new, but APDAG and Roots are experiencing them in new ways.  The project in Nan Plim represents the first major partnership between APDAG and another community group.  Whereas Roots once guided APDAG through projects and facilitated discussions, APDAG now serves that role with the community group in Nan Plim.  During this water project, Roots staff have left decision-making in the hands of APDAG and Nan Plim while closely monitoring progress and financial reports.

After the two-week break ended, APDAG and Nan Plim community members are back to work.  Volunteers were slow to arrive initially, but over fifty volunteers eventually arrived to create a human chain to pass buckets of cement used to build the floor and walls of the reservoir.  By the end of last week the tank was finished and the community had begun work on the protective walls surrounding the spring intake to prevent erosion in the future.  At the current pace, we estimate the project will be finished by the end of March.  Stay tuned to Facebook and Our Blog for more frequent project updates and photos. 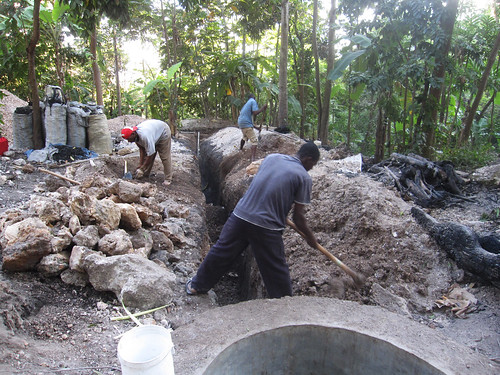 For earlier updates and photos click here and here.