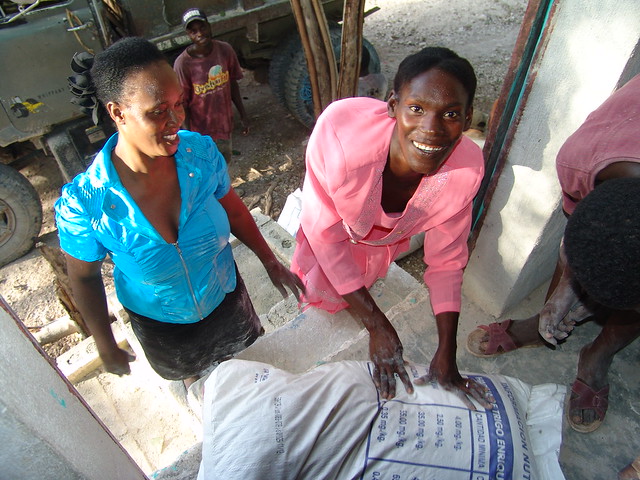 One Sunday in September the women of GFDAG were gathered at church to celebrate a local pastor’s birthday.  As the celebration continued, the women heard a large truck coming up the rocky road.  In their best sets of clothes, the women walked out of church and began unloading the truck and into the store room.  Their first shipment had arrived.

Back in 2010, the women’s group (GFDAG) approached Roots of Development seeking support for vulnerable children in and around Gran Sous.  GFDAG wanted Roots to help pay for the tuition, school supplies, and uniforms of the area’s poor and orphaned children.  While many organizations may have started a child sponsorship program in response to GFDAG’s request, that would have placed the solution entirely in the hands of donors.

The new proposal involved creating a medium-scale business that would not only ease the burden of local women selling goods in the market, but then use profits to reinvest in the community.

While direct donor support for the children may have been a quick fix, the women of GFDAG would have been dependent on foreigners and missed a huge learning opportunity.  In preparation for the business, and thanks to the financial support of our partner, Seven Hills Global Outreach, all 85 women participated in capacity building workshops, focusing on personal and organizational development, conflict resolution, and business and financial management.  These workshops may sound boring to some in the U.S., where we have access to libraries, the internet, and free educational resources, but to these women, the workshops were incredibly powerful.

During his last trip to Haiti, Executive Director Chad Bissonnette watched as the women beamed with enthusiasm, walking out of church to unload the truck and fill the empty store shelves.  No one went home to change out of their skirts and heels.  They walked out and did what was necessary to unload the truck.  When another truck arrived late in the night, the women came from their homes, scattered throughout the community. to help unload items.  The path between the store and truck was dimly lit with flashlights as the large truck was slowly unloaded. 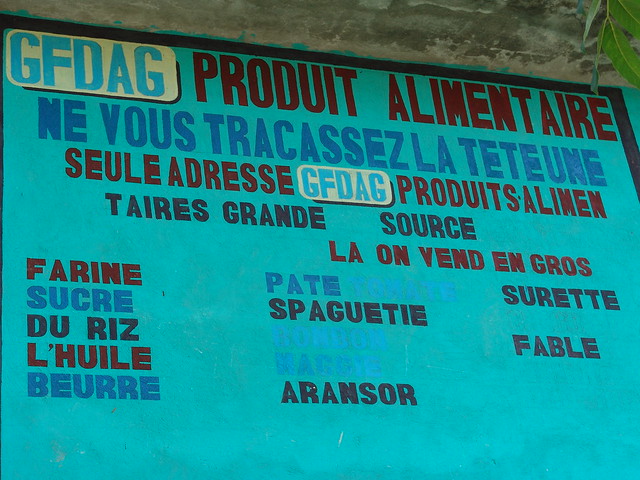 With the sign outside of the store painted with a list of products and the shelves loaded with a variety of food, GFDAG is ready to generate the revenue to support education in their community.  Without the support of many donors over the past two years, including The Inter-American Development Bank, The Debley Foundation, Tolland Junior Women, Sara Chase & Elliot Stieglitz, Ana Maria Saiz, and an anonymous donor, this would not have been possible.  We would like to thank these donors and all of you for helping to provide the women of GFDAG with the tools they needed to address their own challenges.

← Follow Chad in Haiti
DC Event: The Heart of Haiti →